The rise of China’s supercities 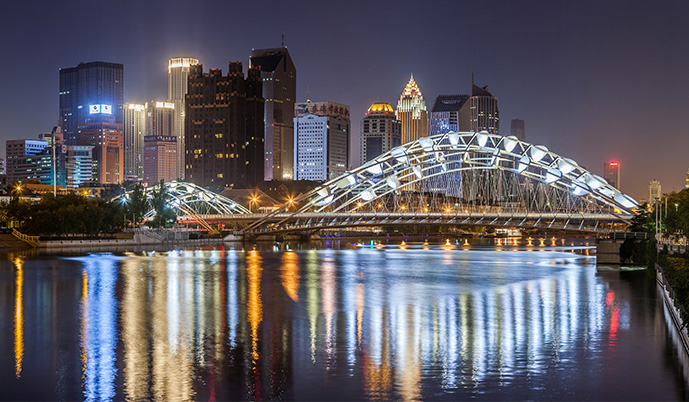 China is creating 19 supercity clusters by strengthening the links between existing urban centres.

We estimate they will be home to about 800 million people and account for more than 80 per cent of the country’s GDP in 2030.

Urbanisation has underpinned China’s growth for four decades. Some 287 million people have moved from low-income agriculture to higher-income city industries, the largest population transfer in history.

This has narrowed the labour-productivity gap between farming and the manufacturing and services sectors, though the difference remains substantial. But if current trends continue, another 40 million people will migrate to cities by 2020 and the productivity gap will have more than halved since 2000.

Already, more than half of China’s population lives in urban areas, though urbanisation measured by household registration is only 42.4 per cent. To accomplish real urbanisation a further 300 million rural residents would have to become full urban residents – registered for all social security and associated public services – in the next decade.

China is now entering a second phase of urbanisation

The investment and consumption demand unleashed could provide a sustainable driving force for China’s economic growth.

The urbanisation masterplan proposed by Beijing in 2013 sought to encourage migrant workers to settle in small and medium-sized cities rather than large centres. However, people continued to flow into China’s metropolises, resulting in traffic congestion, environmental pollution and surging living costs, including soaring property prices, while new housing remains empty in low-tier cities.

But China is now entering a second phase of urbanisation. The current five-year plan identifies 19 city clusters with 11 of them accounting for a tenth of China’s land area, a third of the population, and two-thirds of national GDP.

The top three are Beijing-Tianjin-Hebei (known as Jing-Jin-Ji), the Yangtze River Delta and the Greater Bay Area. They account for 36 per cent of China’s total GDP but just 2.8 per cent of its land area and 18 per cent of the national population.

In the most northerly of the three, Beijing will be a national political, cultural, international communication and scientific innovation centre. Tianjin will become a regional logistics and transportation hub while Hebei will take on non-essential functions – mostly factories and retail markets – from Beijing.

The Yangtze River Delta is a key node of China’s Belt and Road Initiative. The transport network, including railways, highways and the Yangtze waterway, has expanded rapidly over 10 years with Shanghai as the hub linking other urban areas. The target is to boost the region’s contribution to national GDP from 12.6 per cent to 21 per cent by 2020 with USD30 billion invested in building a 5G telecoms network by 2022.

The Greater Bay Area, further south, includes Shenzhen – ranked second only to Beijing among China’s most innovative cities. Its unique advantages lie in its integration with Hong Kong and Macao – both service-driven economies.

Government has been a key player in urbanisation but it should now give market forces a greater role by removing barriers blocking the free flow of talent and capital. To integrate 260 million migrant workers into the cities, institutional barriers, including the household registration system, need to be removed, granting them equal public services.

This research was first published on 26 July 2018.
Disclaimer