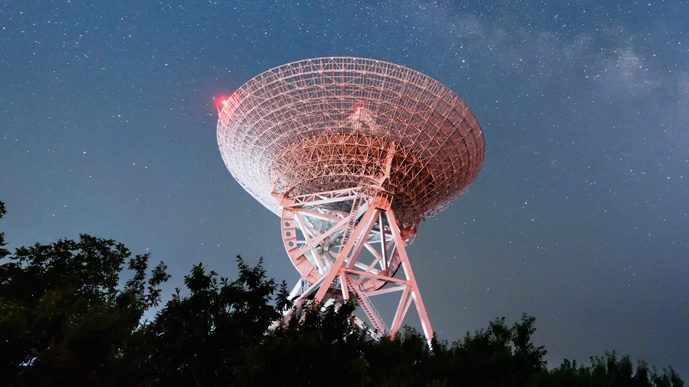 For emerging markets to catch up with the developed world quickly, space-based internet technology will be crucial. Low earth orbit satellites – LEOs – could connect up to 350 million more people worldwide to the internet in the coming decade.

At present, 3.85 billion people have no internet connection. Of these 1.25 billion lack access to 3G or 4G networks – 95 per cent of them in the developing world. They live in areas too remote, too rural or too mountainous to make installing such networks economically viable.

But by 2020 there will be 5.6 billion unique mobile subscribers globally – more than the 5.3 billion people with electricity at home, the 4.5 billion with bank accounts or the 3.5 billion with running water.

A fleet of 17,000 low earth orbit satellites is being built up

Only 2.5 million people currently use satellite broadband but LEOs could increase that considerably. They can weigh just 150 kilograms, compared with traditional satellites that can be 40 times heavier. And they operate at much lower heights – typically 500 to 1,200 kilometres above the earth – allowing them to send and receive broadband with less of the time lag that can interrupt voice-over-internet phone conversations, live video streaming and real-time applications.

A fleet of 17,000 low-cost and mass-produced low earth orbit satellites capable of transmitting 150 terabits per second is being built up over the coming decade as part of a global constellation. In what could be a new space race, technology giants and start-ups, governments and regulators are working together, eager to connect those regions currently without connectivity.

Affordability issues still need to be resolved – from the costs of putting the satellites into space and the ground terminals. To the amount end-users will be charged. Keeping costs low will have a crucial bearing on demand and to be economically viable, satellite manufacturing will have to transform from a bespoke and slow process to the sort of mass production used by mobile-phone manufacturers.

But on our calculations, LEO broadband could be priced from USD14 a month, in line with emerging-market mobile costs, excluding ground terminals. However, the cost for ground terminals could remain a barrier to adoption for some time.

Typically, 50 per cent of people in emerging economies live in urban areas compared with 80 per cent in developed countries. Internet innovations can thus give emerging populations easier access to work, commerce, healthcare, education and entertainment. Mobile internet use is already far greater than fixed-wired internet access in some developing countries.

This can enable them to bridge the infrastructure gap between them and developing countries – even leapfrogging richer nations in some cases.

This research was first published on 9 October 2018.
Disclaimer