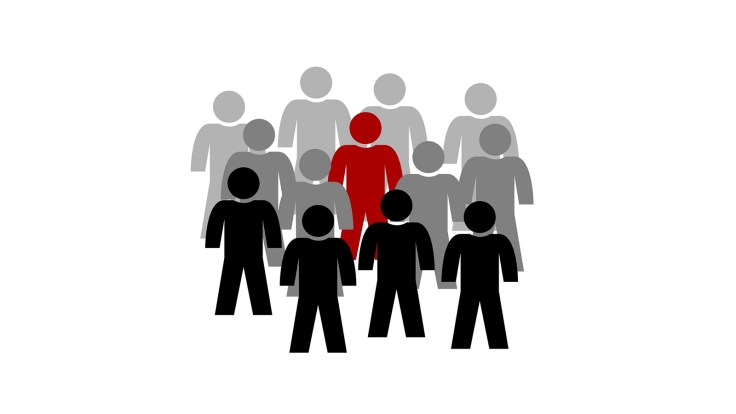 Amid fierce competition for technology and engineering talent across the region, financial institutions have an opportunity to source talent in untapped markets, while reinforcing their commitment to diversity, says Jonathan Scott-Lee, HSBC’s Chief Information Security Officer in Asia-Pacific.

Thirty-two. That’s the number of years I lived before a doctor diagnosed me with attention deficit hyperactivity disorder (ADHD). The surprise was followed by frustration that I hadn’t sought help earlier, anger that so little was understood about this label and sadness as I considered how the past could have been different.

ADHD is poorly named as it’s not a deficit of attention but instead an increase in focus on things that a person finds interesting. Mine is merely one condition under the broad umbrella of neurodiversity.

Neurodiversity covers a range of conditions including ADHD, autism spectrum disorder, dyslexia, dyspraxia and Tourette Syndrome. The term reflects the fact that there is no right way of thinking.

I hope to shine the spotlight on the wealth of untapped talent among neurodiverse people across Asia-Pacific and highlight how financial institutions like HSBC and other leading banks are proactively considering this talent pool to accelerate their growth across the region.

Increasingly, the world is recognising that human capabilities sit on a bell curve and that there are people who are typical (neurotypical) or atypical (neurodiverse).

Individuals who are neurodiverse fall above or below the extremes of a statistical bell curve, and it is estimated that between 30% and 40% of the population are neurodiverse. People like me are simply more inclined to think differently than neurotypicals.

After my initial diagnosis, it took another eight years before I was also diagnosed with autism. This time there was no surprise, frustration, anger, or sadness. Instead, I felt peace – almost immediately so much more of my biography made sense. I felt supported by senior leaders and I became determined to help others by diminishing the stigma of disability.

Any medical diagnosis – physical or invisible – can begin a daunting journey, but since being diagnosed and sharing that information with my employer, I personally understand myself better. Dark corners have nowhere to hide from the transparency and trust that light brings.

Banks are in the business of trust and I am charged with helping protect that trust by looking after cybersecurity across Asia-Pacific. In addition to my technical skills, I am valued for my ability to think differently.

Deloitte research highlights that teams with neurodivergent professionals can be 30% more productive than those without. With increasing competition for talent across Asia-Pacific, we recognise an opportunity to source talent from untapped markets while doubling down on our commitment to diversity.

I have been surprised at the extent to which my employer has promoted neurodiversity through events to raise awareness. Neurodiversity can be invisible. Because of its hidden nature, we must create an environment where people feel secure. The US Department of Labor found that employers who embraced disability saw a 90% increase in employee retention.

Traditionally, employees did not actively disclose disability, believing this to be a waste of time. Unfortunately, systemic under-reporting amplifies misunderstanding, so simply raising awareness of the topic of neurodiversity, even in an article like this, will help.

The case for hiring from this diverse pool is strong. Neurodivergents contribute to the thought diversity of a team, creating a more entrepreneurial environment and refining the quality of outcomes. A recent article published by the Harvard Business Review quantified that professionals with autism can be up to 140% more productive than the typical employee when properly matched to jobs.

EY compared the work generated by neurodiverse and neurotypical professionals and concluded that “quality, efficiency and productivity were comparable, but the neurodiverse employees excelled at innovation”.

Other financial institutions are also recognising the pool of talent: JPMorgan implemented an “Autism at Work” initiative and it was able to quantify 48% higher productivity from a neurodiverse team when compared with a neurotypical team. Bank of America actively pursues neurodivergent cybersecurity talent.

People who have publicly shared their neurodiversity include Virgin Group founder Sir Richard Branson, who attributes his creative entrepreneurial streak to dyslexia; Twitter owner Elon Musk, who recognises his autism; and US gymnast Simone Biles, who courageously shared about having ADHD.

Neurodivergents tend to think outside the box with abundant creativity and are more precise. We might not always be the easiest people to get on with, but the kaleidoscope of corporate life benefits from this diversity of thought and attitude.

A version of this article first appeared in South China Morning Post.