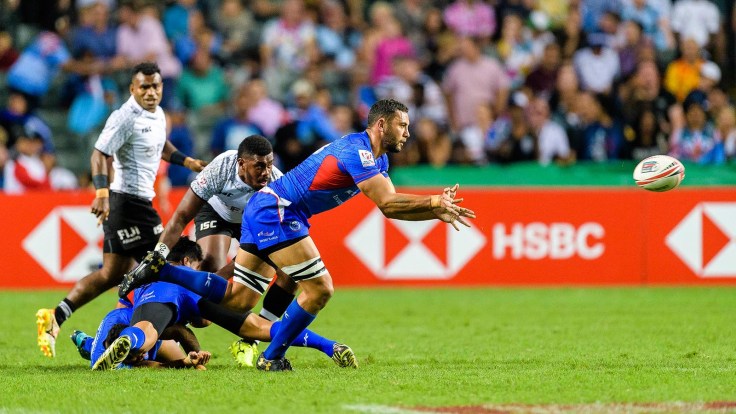 HSBC has extended its sponsorship of the HSBC World Rugby Sevens Series for a further four years – reaffirming its commitment to the sport of rugby.

Under the new deal, HSBC will remain the title partner of both the men’s and women’s World Rugby Sevens Series until 2023. It will also become the Official Banking Partner of World Rugby, the sport’s global governing body.

As well as backing major tournaments, HSBC will continue to support grassroots initiatives that have already helped hundreds of thousands of young people to try the game and develop their skills.

Noel Quinn, Chief Executive, Global Commercial Banking, HSBC, said: “Over the past eight years we’ve worked with World Rugby to take the sport to new audiences and markets across the world. It has also allowed us to give customers and potential clients incredible experiences. We’re looking forward to another four years of working alongside World Rugby.”

Mr Quinn was speaking in San Francisco ahead of the final of the Rugby World Cup Sevens, an international tournament for the top-ranked national teams in sevens that takes place every four years. It is the first time that the event has been held in the US, one of many countries worldwide where the sport’s profile is rising quickly.

Rugby sevens is a fast-paced form of the game, with seven players on each team and with matches divided into two halves of seven minutes each. It is played in more than 100 countries and territories worldwide and continues to attract new fans and players. The women’s game is growing particularly quickly, with more than 1.5 million women worldwide now taking part.

HSBC’s connection with rugby goes back to the 19th century, when it started its first official employee teams. Today, the bank’s support for the grassroots game includes backing a leading schools tournament in the UK as well as taster sessions for young people around the world.

In 2017 HSBC helped to set up two new programmes – ‘Try Rugby’ in Hong Kong and the ‘Rookie Rugby’ programme in Canada – that give young stars of the future the chance to play. Rookie Rugby alone is expected to reach an additional 375,000 young people over three years.

Rugby is one of a range of sports sponsored by HSBC, alongside golf, badminton, cycling and tennis. Read more about HSBC’s approach to sponsorship .