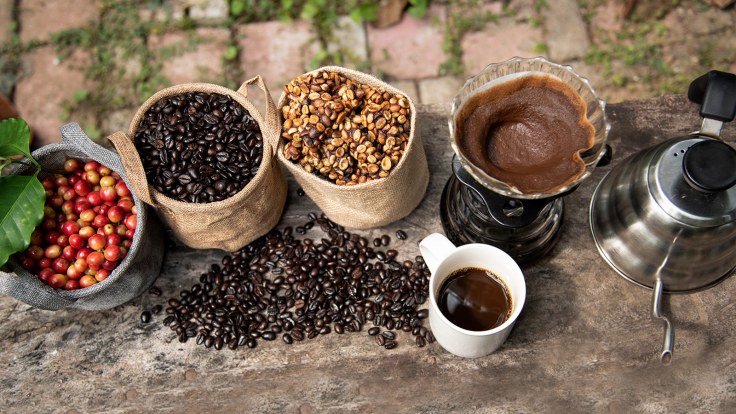 This form of digital money could replace cash and transform the banking system globally within a generation. The benefits could include increased growth and reduced poverty in the emerging world – and even tastier drinks in your local coffee shop, according to HSBC Global Economist James Pomeroy.

Instead of a central bank printing bank notes, they would issue currency in digital form. It’s likely then to be put into circulation via the commercial banking system – so the banks and their corporate and personal customers would then use this digital ‘money’ for all their transactions.

Despite being around for a number of years though, cryptocurrencies are not currently something people can spend ‘on the high street’ – owing to their volatility, as well as the intensive energy usage and expense of the system that supports them. But CBDCs are likely to become mainstream methods of payment in the not too distant future.

Most people won’t notice any change day to day

But the underlying payments network – the system ‘plumbing’, if you like – will have changed. This digital version of money and the system supporting it, will be more efficient – faster, cheaper and more resilient – than the systems in use globally today that are essentially based on cash transactions.

Your coffee could taste better because of CBDCs

A more efficient and cheaper payments system will really benefit small businesses. So your local coffee shop, for example, could pass on those savings to you by lowering prices or buying better coffee beans. Or they might hire another staff member to grow their business.

CBDCs could help lift people out of poverty

The greatest benefits of CBDCs are likely to be felt in the emerging world, where digital payments today often remain very expensive. CBDCs’ cheaper payments systems could accelerate adoption of bank accounts and digital transactions in the developing world – with a potentially transformative impact on economic growth.

State support could be better tailored to people’s needs

CBDCs offer the option of ‘coding up’ money with conditions on how it’s used. So governments could make payments, for example, that people can only spend on food. In times of crisis, this could enable highly targeted financial support – or be used more systematically to ensure everyone in society has access to a basic standard of living.

Cash transactions today are relatively anonymous, which can facilitate crime and corruption. An identifiable digital currency would help combat this, by linking transactions to individuals or organisations. However, this may also deter some people from using it – so whether or not CBDCs will be anonymous remains to be seen.

There are key questions still about how CBDCs will work

For instance, how will the payments networks be built? They could be tokenised using blockchain technology, as for cryptocurrencies – or CBDCs could be issued directly into digital wallets. And should CBDCs be interest bearing or not? The central banks furthest advanced on this are currently suggesting there wouldn’t be an interest rate attached to them.

Will they be direct, or indirect with the central bank?

The most likely solution at the moment is indirect, with the CBDCs being distributed via commercial banks like HSBC. This would mean commercial banks maintaining their role in taking deposits and lending to the economy.

The People’s Bank of China (PBoC) is trialling its CBDC with the public, and Sweden’s Riksbank is at the second stage of a pilot.

But over the next 15 years or so, I’d expect to see that CBDCs will have replaced the underlying payments and banking system that’s in use all over the world today.