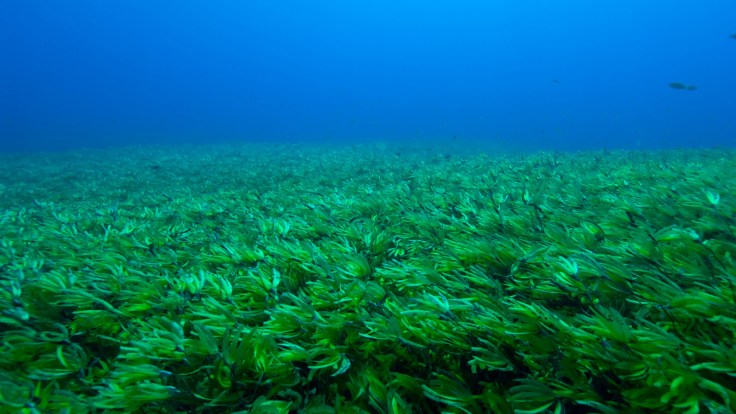 Oceans and coasts often get overlooked in the fight against climate change, but they play a vital role in protecting the environment.

Ecosystems such as mangroves, seagrass and tidal marshes – found on coastlines of every continent except Antarctica – are capable of taking up carbon dioxide from the atmosphere several times more quickly than forests on dry land. By storing ‘blue carbon’ (as carbon locked in marine and coastal habitats is sometimes known), they help to limit global temperature rises.

Coastal ecosystems can also help communities cope with the likely impacts of climate change, such as rising sea levels. Marshlands provide a buffer against tidal surges. Mangroves temper the force of wind and waves, reducing erosion.

On top of this, coastal habitats provide a home to diverse plant and animal life and support industries that enrich local communities, such as tourism and fishing.

Today, however, these ecosystems are shrinking in many parts of the world because of land reclamation, pollution and unsustainable agricultural practices. Mangroves could virtually disappear within the next 100 years if current trends continue, according to The Blue Carbon Initiative, an international environmental partnership between governments, non-governmental organisations and research institutions.

Protecting these habitats needs to be an integral part of the global response to climate change. This calls for action on many levels.

Putting a price on blue carbon

First, quantifying the economic value of coastal ecosystems can bring home their significance to decision-makers. Assigning a dollar amount, even an indicative one, can help to ensure that coastal habitats are taken into account when decisions are made about development and industrial activity.

Some organisations are already trying to put this into practice. The Mapping Ocean Wealth project in Australia, for instance, is an ongoing study to assess the value of the country’s coastal habitats.

Its latest report, produced with backing from organisations including HSBC Australia, estimates that coastal habitats contribute AUD35 million (roughly USD24 million) to fisheries each year in South-east Australia alone, and could help prevent AUD3 billion (USD2 billion) of damage to property over the next 70 years.

Restoration and preservation efforts come at a cost, however. Mangroves may need reseeding; industries may need support to change their business practices. The second key way that the financial system can help is by raising capital and channelling investment for these activities.

From green bonds to blue bonds

Existing vehicles for sustainable financing could increasingly be deployed to support marine conservation projects. Green bonds, for instance, are a way of raising capital to support projects that offer environmental benefits. The market has grown significantly since the first green bond was launched in 2007, with more than USD180 billion of new issuance in the first nine months of 2019.

With the support of the World Bank, the Seychelles became the first country in the world to issue a ‘blue’ bond in 2018. Similarly to green bonds, the use of bond proceeds are earmarked for specific purposes. In this case, the USD15 million will be used for projects to support the responsible use of marine resources. It will focus on areas such as conservation and sustainable fishing.

For now, these issuances are small compared with the overall green and sustainable bond market. Over time, however – as recognition of the value of coastal habitats grows – more places may start factoring blue carbon into their long-term plans.