Belt and Road up and running 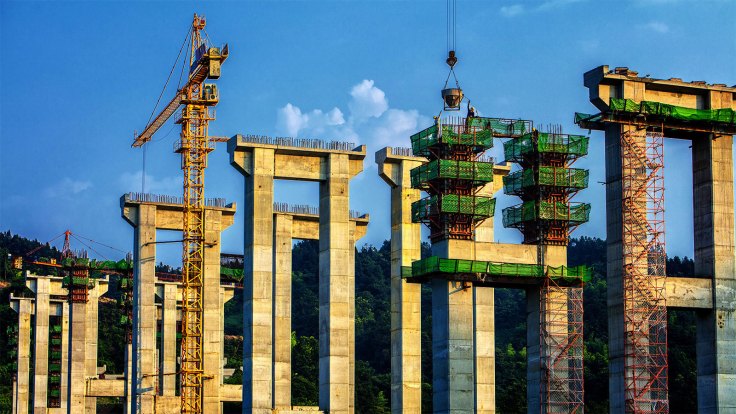 Despite the challenges currently facing the global economy, China’s Belt and Road Initiative is well underway.

Launched in September 2013, this ambitious initiative aims to improve overland and maritime links between China and the rest of Asia, as well as Europe, the Middle East and Africa. It spans more than 65 countries, which together account for 29 per cent of global GDP and 63 per cent of the world’s population.

Four-and-a-half years on, the multi-billion dollar plan is taking shape around the world. An increasing number of projects are moving from planning to implementation, including the Vakhdat-Yovon railway crossing the Central Asian hinterland, the Hungary-Serbia railway through the heart of Eastern Europe, Gwadar Port in Pakistan, and Piraeus Port in Greece. The initiative has reached as far as New Zealand, Britain and even the Arctic.

These infrastructure investments are allowing China to be more connected with its trading partners than ever. Two-way trade between China and countries along the Belt and Road exceeded RMB7.4 trillion (around USD1.2 trillion) in 2017, surging 17.8 per cent year on year. Over time, the initiative will act as a catalyst for further commercial opportunities along newly invigorated transport routes.

There has been real progress in developing the financing platforms needed to implement the next stages of the initiative. China’s four major state-owned commercial banks have lent a combined USD150 billion up to the end of 2016, over half of all current Belt and Road lending. Beijing has set up several financing vehicles, allocating USD50 billion to the Asian Infrastructure Investment Bank, USD41 billion to the New Development Bank and USD40 billion to the Silk Road Fund.

The country is also using green financing (including bonds, loans, insurance and securities) as a way of supporting Belt and Road projects. Around USD30 billion of green bonds were issued by China last year – more than one-fifth of the global total, and up from just USD1 billion in 2015.

There are digital opportunities, too. China envisions incorporating the telecommunications and e-commerce sectors into the Belt and Road Initiative. This ‘Digital Silk Road’ would help small and medium-sized enterprises further engage in the global supply chain and reach out to international markets. China’s internet giants are already making notable investments in Southeast Asia across the e-commerce, digital payment, ride-sharing and on-demand transportation sectors.

The Belt and Road Initiative has the potential to transform China’s domestic economy – and the global economy – over the next decade. Business leaders should be primed and ready to get involved.

A version of this article appeared in The South China Morning Post , 19 March 2018.