Asian emerging markets are not looking so bad after all 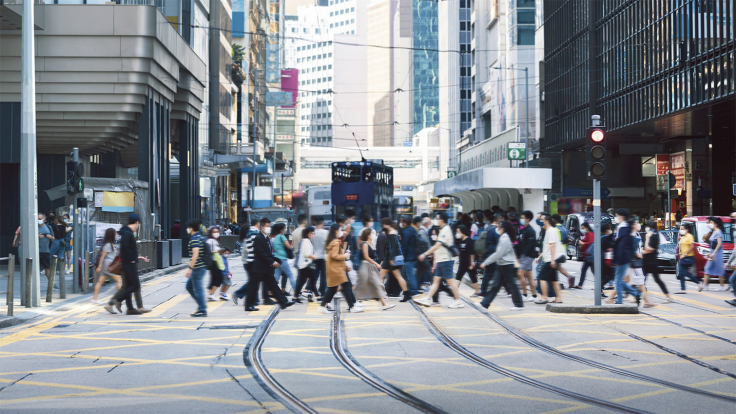 The toxic combination of Covid-19, inflation and the war in Ukraine has triggered a bout of global volatility that has hit Asia and other emerging markets hard, but many are weathering the challenges better than anticipated and a growing number of investors and businesses are recognising value in their long-term growth prospects.

The International Monetary Fund (IMF) forecasts that emerging and developing economies will grow 28 per cent faster than the global average this year and more than twice as fast as the average next year.

The relatively robust performance of such a wide and disparate group of emerging markets is down to two factors:

The first is much better macro-prudential management over the past few years. In general, these economies have managed their debt exposures carefully to avoid the sort of currency mismatch that tripped up Asian markets in 1997 – they have floated their currencies and built up foreign exchange reserves and created a mutual support system by reducing barriers to trade, largely via regional pacts.

The second reason is that there has been a vast shift in the shape of the global economy. Even 10 years ago, the economic role of emerging markets was largely limited to providing cheap labour and cheap commodities for developed economies. But years of growth have turned emerging markets into a global force of consumption in their own right.

Emerging market consumption has almost tripled over the past 12 years and now amounts to USD34 trillion – about 47 per cent of global consumption – and many of the goods and services being bought with new-found wealth are manufactured in other emerging markets. That means these countries are significantly less exposed to economic turbulence in the developed economies they once relied on.

The most obvious manifestation of their new resilience can be seen in capital flows. Despite the rapid rise in interest rates in the West, we have not seen a repeat of the 2013 “taper tantrum” that saw USD129 billion pulled out of emerging markets after the US Federal Reserve started talking about curtailing its bond-buying programme then.

Over the first eight months of this year, with the Fed actually raising rates and reducing its balance sheet, net outflows from emerging market stock and bond funds amounted to only USD3.3 billion.

Nonetheless, this headline number masks huge divergences underneath: fixed-income funds saw around USD60 billion in outflows as a result of rising core rates, the stronger dollar and local currency volatility. Flows into equities, seen as a partial hedge against inflation, saved the day.

Some emerging markets are faring better than others. Latin America anticipated the onset of inflation and started to raise interest rates almost a year ago, putting the region in a strong position today. Members of the Middle East’s Gulf Cooperation Council also are well positioned, thanks in part to high energy prices.

Asia, meanwhile, is showing that it learned the lessons of the region’s 1997 financial crisis. Its economies now have bigger foreign exchange reserves, less unhedged foreign currency debt and more open access to their capital markets.

These countries have worked hard to dismantle intra-regional trade barriers and are reaping the rewards in the form of lower inflation and higher growth. Amid a rash of global downgrades, the Asian Development Bank recently upgraded its 2022 growth forecast for Southeast Asia to five per cent.

Many other economies are feeling the heat from a very volatile and uncertain global macro backdrop. Central and Eastern Europe has been hit hard by the war in Ukraine and is now trying to deal with inflation rates of 15-20 per cent.

A large number of frontier markets are also under pressure. Some of the more vulnerable ones are seeking or have secured IMF support packages that usually require austerity measures to address macroeconomic imbalances.

Masters of their own destiny?

The long-term optimistic outlook for emerging markets does not underestimate the challenges they face.

The first is that quantitative tightening will make capital more expensive and harder to access, putting pressure on countries with outsize debt burdens – particularly dollar borrowings – or those running big deficits. From an economic perspective, the bulk of the geopolitical risk exposure for emerging markets lies in the potential proliferation of trade barriers.

Second, the success of most emerging markets will rest on global trade. Disruption to trade corridors from recessions in developed markets, from war in Ukraine and from the protectionist sentiments which continue to weigh on many Western polities in particular, could yet threaten the manufacturing and assembly lines that have enabled hundreds of millions of people to raise their standard of living

The idea that emerging markets have become masters of their own destiny may have seemed like hyperbole before, but increasingly it is not. After years of growth and solid macro-prudential planning, some are looking like a defensive choice at a time of global economic volatility.

This is a version of an article that first appeared in Nikkei Asia.