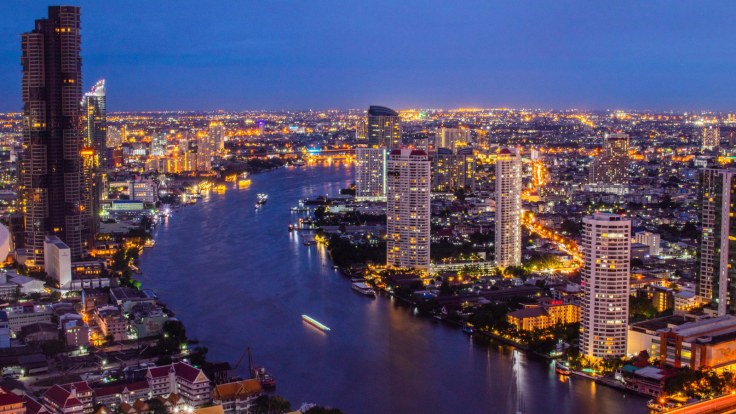 In a global economy facing a protracted period of weak growth and high inflation, Southeast Asia is a rare reason for optimism, with strong fundamentals, accelerating growth and a bright future.

The region is primed for growth. Amid a flood of global downgrades, the Asian Development Bank’s September outlook upgraded its forecast for the region’s GDP growth from 4.9% to 5.1%. HSBC Global Research expects Thailand, Singapore, Indonesia, the Philippines, Malaysia and Vietnam to grow by 3.2% to 7.6% this year despite economic uncertainties and volatility.

This strength is belatedly winning Southeast Asia the economic recognition it deserves. In 2022, HSBC surveyed 1,500 companies from China, France, Germany, India, the United States and the United Kingdom, and found that 90% of foreign companies operating in the region plan to grow their presence over the next two years. Two-thirds expect organic growth of 20% or more over the next 12 months.

Southeast Asia has embedded itself in a matrix of beneficial trade deals, both within Asia and with Europe and North America. It sits at the crossroads of two of the world’s largest free trade agreements: The Regional Comprehensive Economic Partnership, which covers all of Southeast Asia, and the Comprehensive and Progressive Agreement for Trans-Pacific Partnership, with Malaysia, Singapore and Vietnam as members.

Its bold embrace of openness and internationalism is already paying dividends: the 10-member Association of Southeast Asian Nations (ASEAN) is the world’s fastest-growing trade bloc and now accounts for almost 8% of global exports. In terms of inbound foreign direct investment, ASEAN now accounts for around 10% of the global total, almost on par with mainland China.

Driving much of the international interest are the three Ds: Demographics, Digital and Dynamism.

Southeast Asia has 680 million people – 50% more than the EU and more than twice as many as the US. And it is a population that has become increasingly affluent and educated, with an increasingly skilled workforce and competitive wages. A young, upwardly mobile population means a growing consumer class in the years to come. According to a World Economic Forum report on ASEAN, Southeast Asia will add about 140 million new consumers by 2030.

And those new consumers are going to be empowered and connected by increasingly sophisticated digital opportunities. An estimated 40 million new internet users came online in 2020 and 2021 and eMarketer projected that the region’s ecommerce sales would grow at 21% – the fastest in the world – to total USD90 billion this year.

Wealth creation is being amplified by a region that has always been entrepreneurial, but now has the resources to invest in business growth. For instance, wealth in Thailand is expected to grow by almost 60% between 2022 and 2030, with the number of millionaires expected to double within the same period, according to HSBC research.

Despite talk of a global recession, many Southeast Asian economies are recovering strongly from the pandemic. And as the world gradually returns to normal and travel restrictions ease, this region will likely get a significant boost, especially for tourism-heavy economies such as Thailand.

The bright outlook does not mean that Southeast Asia is immune from the wider headwinds. Global inflation will dampen demand for exports and geopolitical challenges add a degree of uncertainty even as diversification of supply chains provides an immediate boost to countries like Vietnam, Thailand and Malaysia.

But in the longer term, the biggest challenge is climate change. Southeast Asia is among the world’s most at-risk regions when it comes to global warming in general and rising sea levels in particular. In economic terms, the Asia Development Bank estimates that if left unchecked, climate change could shave 11% off Southeast Asia’s GDP by the end of the century.

But the regional commitment is also clear. All 10 ASEAN states are signatories to the Paris accord, and ASEAN has committed to make 23% of its primary energy renewable by 2025.

Despite the shadows cast by the global pandemic in the last few years and other market uncertainties, we see the coming years as a period of great promise for Southeast Asia, brimming with potential opportunities ranging from sustainability and digital technology to trade and wealth.

The key to unlocking this potential is not just to understand the dynamics of each market, but to understand how to help businesses across markets connect and work together – from the automotive sector in Thailand and electronic manufacturing in Malaysia to natural resources in Indonesia and financial services in Singapore.

HSBC is uniquely positioned to do that. For over 150 years, we have been a strong supporter and active participant in Southeast Asia’s growth story. Our network covers over 93% of the region’s GDP and external trade, with 200 banking outlets serving 10,000 large corporates, 20,000 SMEs and 2.5 million retail customers across 6 major markets in ASEAN.

We look forward to continuing the journey of growth with our clients and partners in Southeast Asia.

A version of this article first appeared in the Bangkok Post.