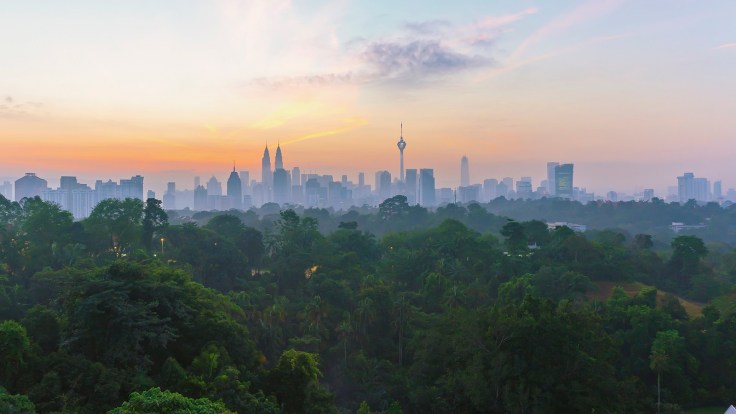 With 2030 not that far away, if nations and companies are to accelerate towards their net zero targets, voluntary carbon markets have an essential part to play.

The transition to reach 45% carbon reductions by 2030 and net zero by 2050 needs to accelerate, having been interrupted by the pandemic, supply chain disruptions, high inflation and the rising costs of energy, as well as geopolitical tensions.

The voluntary carbon market, when used by companies to complement – not substitute – the decarbonisation of their own operations as they transition to net zero, is one tool that could accelerate action to tackle climate change. Indeed, HKEX has launched Core Climate – Hong Kong’s international carbon marketplace – and other exchanges across Asia have plans to launch platforms to support these types of markets.

Helping companies to decarbonise must therefore remain paramount, including across their entire value chain – known under carbon accounting frameworks as their scope 3 emissions (scopes 1 & 2 cover emissions related to using their own buildings, factories, etc., and the energy they purchase).

Many solutions to reduce these emissions, such as renewable energy, electric vehicles, efficient home insulation, low emissions lighting and ground or air source heat pumps, are now moving into the mainstream, and must be financed at scale.

Alongside this, momentum has been increasing in the voluntary carbon market, where companies support low-carbon solutions outside of their value chain and, in return, receive carbon credits that many use to compensate, or offset, some portion of their own emissions.

The 2021 voluntary carbon market was, for the first time, worth more than USD2 billion, according to Ecosystem Marketplace. It’s a nascent market, but its recent rapid growth is expected to continue – perhaps even accelerate – as corporates increasingly take action on climate change to meet their own net zero targets.

The voluntary carbon credit market offers a chance to tip the economic scales toward more sustainable practices – for example, by making a tree worth more standing than if it were cut down.

With carbon emissions in the Amazon rainforest during 2019 and 2020 more than doubling compared with the average in the previous eight years, voluntary carbon markets could prove to be a key mechanism to protect many more millions of hectares of the Amazon and other pristine ecosystems under threat around the world.

Carbon credit-generating projects, of course, can also provide a huge wealth of other benefits to people and the planet, such as supporting healthy soils and water supplies, whilst also strengthening community land and resource rights, and increasing the income of indigenous peoples and local communities.

To fully recognise and deliver these benefits, this year’s COP15 in Montreal in December will be more important than ever in determining the framework for halting and even reversing nature loss by 2050.

In the Middle East, Saudi Arabia’s sovereign wealth fund, the Public Investment Fund, and the Saudi stock exchange, Tadawul, plan to establish a voluntary exchange in Riyadh for carbon credits within the region.

No matter how carbon credits are procured, it’s important they are high quality: namely, that buyers can be confident in their climate benefits.

The Integrity Council for the Voluntary Carbon Market, formed in September 2021, is an initiative that seeks to set and enforce definitive global threshold standards for high-quality carbon credits in the voluntary carbon market.

“Additionality” sits at the heart of any high-quality carbon credit – i.e. that the carbon credit-generating project would not have occurred anyway – and it is one that rightly receives much attention across the market.

The Integrity Council, which has been addressing this and other topics for much of 2022, recently released for public consultation its draft framework for defining a high-quality carbon credit. While a major milestone, reaching agreement across its stakeholders looks likely to continue well into 2023.

There are now just over seven years to reach the initial Paris agreement targets that 196 parties adopted. Carbon footprints must be substantially reduced – through concerted effort across industry and government.

Companies should, however, also continue to look to the voluntary carbon credit market to complement their own decarbonisation. Focusing on high-quality carbon credits will be key. The Integrity Council may help guide companies in this respect, but given this initiative is still in its early phases, companies will want to ensure they have the expertise to navigate the voluntary carbon market – whether by building their own capability or partnering with others.

The voluntary carbon market can be an incredible force for good that can help us accelerate the transition to a net zero economy. Time is of the essence.

A version of this article first appeared in South China Morning Post.