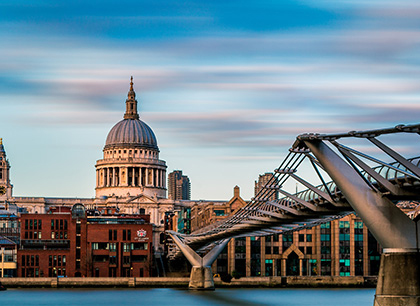 The time is right for the UK and China to develop a long-term approach to their trade and investment relationship, according to HSBC Group Chairman Mark Tucker.

Speaking at an event in London to discuss the relationship between the two nations, he said:

Establishing a long-term, strategic plan for trade and investment with China is vital to clarifying and securing the UK’s place in the world. I believe that the UK’s relationship with China is particularly well-suited to a long-term strategic approach.

Governments and businesses are committed to developing two-way ties, Mr Tucker said, with dialogue taking place at various levels – including a visit by the UK Prime Minister to Beijing in January 2018.

Infrastructure and sustainability are among the areas where both countries stand to gain from greater collaboration, Mr Tucker told the Margaret Thatcher Conference on China and Britain. UK financial and professional services companies are already providing expertise to support the development of new infrastructure under the China-led Belt and Road Initiative, he added, and helping China to meet its long-term environmental needs could create significant export opportunities for the UK’s broad range of low-carbon industries.