Pumping up the global economy 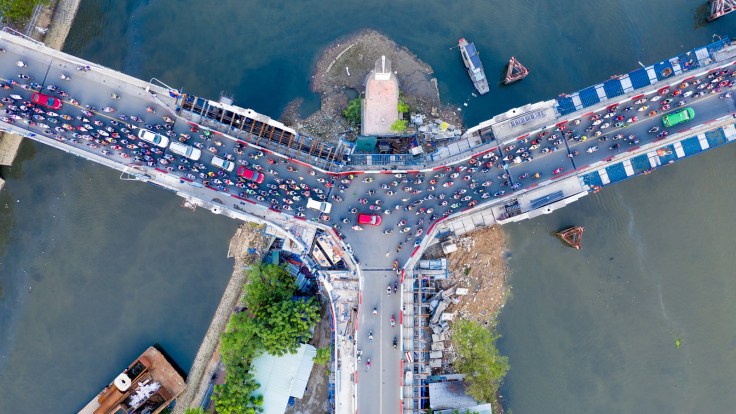 Global growth is at its slowest since the 2012 eurozone crisis and trade tensions plus other geopolitical uncertainties leave it poised to slow further.

There are some early signs the industrial recession is feeding through into the services sector and labour markets – a rise in the number of unemployed in Germany, an increase in household savings rates in many advanced economies and slides in consumer confidence in parts of Asia.

Central banks worldwide are responding by easing monetary policy but are more constrained than in the previous downswing. The US Federal Reserve has more scope than most and we expect another interest rate cut this year. The European Central Bank’s September package comprised rate cuts, quantitative easing and more forward guidance.

However, China’s response has been more selective than in the past. It continues to manage the slowdown with higher spending and some monetary easing but worries about further inflating the housing market. It may want to keep some policy powder dry in case the US trade dispute persists.

But monetary easing can do little to offset the trade-related uncertainty dragging down investment and exports. And China is not alone on Washington’s list: the US is threatening tariffs on EU automobiles.

With monetary policy close to the limits of what it can do to address the economic slowdown, particularly in investment, and low inflation there is a greater role for fiscal policy.

We expect fiscal loosening in 2020 may ultimately be a little larger than current official forecasts. But it must raise investment and improve human capital to drive stronger productivity and wage growth, not simply boost short-term demand. Otherwise, fiscal stimulus could simply increase budget deficits and debt-to-GDP ratios, risking the re-emergence of debt-sustainability concerns.

The distributional consequences of fiscal stimulus can be fairer than monetary policy if it means real wage growth rather than asset-price bubbles which could pave the way for populism and the reversal of globalisation – through tighter trade and immigration restrictions.

Numerous trade tariffs have been implemented over the past two years. But, on a brighter note, trade liberalisation is still advancing, within and between key regions if not globally. Asia has the Comprehensive & Progressive Agreement for Trans-Pacific Partnership and the Regional Comprehensive Economic Partnership could be concluded in principle this year. The EU has struck free-trade agreements with Japan and Canada, and has deals pending with Singapore and Vietnam.

And while trade tensions create big risks for the global economy, they are accelerating changes in global economic linkages. For example, mainland China’s exports to ASEAN countries, India and Latin America have overtaken sales to the US.

With Germany facing technical recession, we have cut our 2020 eurozone GDP growth forecast to 0.7 per cent and it could go lower if the UK leaves the EU with no deal. Our China forecast has been lowered to 5.8 per cent and our US forecast stays at 1.7 per cent. Our global projection has been cut to 2.5 per cent – the same as in 2012 – and inflation is set to remain stubbornly low.

The countries that are likely to be a little more resilient in this slowing global economy are those that are less trade dependent, less reliant on manufacturing, or able to benefit from shifting supply chains as well as an ability to provide monetary and fiscal stimulus. Most are emerging economies.

Central banks and multilateral institutions tend to assume GDP growth and inflation will in time return to targets. We disagree. Our 2021 forecasts show more of the same: low growth and low inflation.