Hong Kong can be Asia’s digital command centre for trade 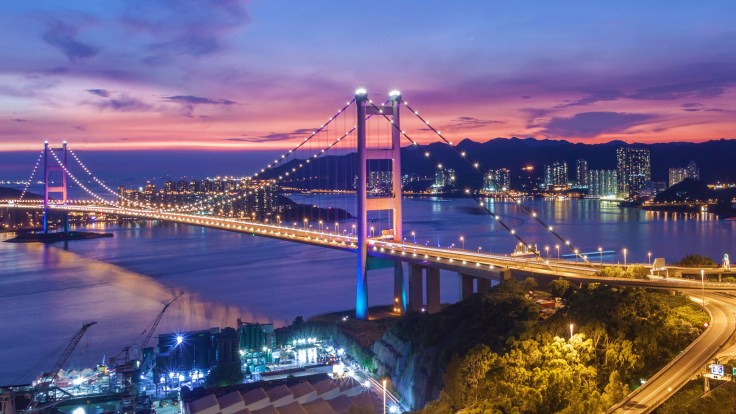 Hong Kong’s economy is starting to recover from the challenges of the pandemic, but if the city is to regain its former footing, it needs to diversify its economic footprint, widen its geographical reach and move towards higher value-added services and industries.

In recent decades, Hong Kong has benefited hugely from its involvement in mainland China’s blistering economic growth and opening up.

This is reflected in the GDP data: in 2020, Hong Kong’s service industry accounted for 93.4% of GDP. Trade logistics and financial services together contributed 43.2% of GDP between them. The financial industry contributed 23.4% to Hong Kong’s economy, largely reflecting the opening of the mainland’s capital market.

However, mainland China and the rest of the world are undergoing a paradigm shift. As the mainland’s economy matures, its drivers of growth have shifted from heavy industry and infrastructure investment to technological innovation and domestic consumption. As a founding member of the Regional Comprehensive Economic Partnership (RCEP), mainland China has become more closely integrated with the Asia-Pacific region, the world’s fastest-growing economic region.

Hong Kong needs to transform itself to match and leverage these changes. From its earliest days, Hong Kong has used its resilience, flexibility and entrepreneurial spirit to carve out a unique position in the global economy. As circumstances shifted, it transformed from a trading entrepôt to a manufacturing and processing centre, then reinvented again to become a service hub for the manufacturing industry, before becoming today’s international financial, shipping and trade centre.

But monocultures are inherently unstable in the face of challenges like new coronavirus variants, geopolitical tensions, inflationary pressures, and round after round of interest rate hikes in the major economies.

Despite this, Hong Kong’s economic outlook has remained positive. The city is surrounded by opportunity: to the north there is, of course, mainland China; to the west is India, which is increasingly integrating with the global economy; to the south is ASEAN and its growing economic power. It is worth noting that Southeast Asia was the only region to have its GDP forecast upgraded in the Asian Development Bank’s latest economic outlook.

Hong Kong needs to play a full role in these developments and further expand its global network and connectivity to enhance its international competitiveness.

The first step is to bolster its regional role: Asia is increasingly trading with Asia. Before the pandemic, about 60% of goods traded and 59% of foreign direct investment in Asia were intra-regional. For the first time, the economies of ASEAN overtook the European Union to become mainland China’s largest trading partner. The share of mainland China’s exports to ASEAN economies increased from 12% in 2015 to 15% as of the first half of 2021.

We expect intra-regional Asian trade to continue to grow. The RCEP, which came into force at the beginning of 2022, spans the 10 countries of ASEAN, along with mainland China, South Korea, Japan, Australia and New Zealand, with a total population of 2.2 billion and a total output of USD26 trillion, equivalent to about 30% of global economy and trade volume.

Meanwhile, value chains are changing shape. For example, Southeast and South Asian markets such as Vietnam, Indonesia and India will see increasing component and sub-component manufacturing, and we expect these markets to move up the value chain and produce more finished goods. In addition, Asian manufacturers are increasingly producing goods specifically aimed at Asian consumers – “In China for China” is an example.

To date, Hong Kong’s international trade and logistics have relied on supply chains at both ends of the Pacific Ocean, particularly focused on the mainland, the United States, Europe and East Asia. Hong Kong should extend its existing supply chain hub advantages to South Asia, Southeast Asia and Oceania, and build a supply chain linking East and West.

As global supply-chain bottlenecks persist, companies are increasingly focusing on agility and resilience. Digital technologies have empowered global sellers to participate in global trade without any barriers to entry. The continuous improvement of digital infrastructure, including blockchain, will help loosen the logistics and payment constraints that currently limit cross-border trade.

Hong Kong has an opportunity to play an integral role in this process, serving not only as a bridge for trade and logistics between mainland China and various regions, but also extending its capital-raising, operation and deployment capabilities, high-end professional services and talent in international trade and logistics transport.

Given the vast capital that will be needed to mitigate the impacts of climate change and transition away from the high-carbon economy, Hong Kong has an opportunity to build its green credentials, not just to make the territory eco-friendlier, but also to become the clearing house for international green capital coming into the region.

Hong Kong’s advantages in basic research, strong legal protections for intellectual property, capital market and logistics, together with its proximity to the mainland cities in the Greater Bay Area that are driving mainland China’s economic advance, give it unique advantages. This could nurture potential home-grown unicorn companies in the Greater Bay Area and help fuel the growth of real economy sectors on both sides of the boundary.

Amid global geopolitical, economic and technological divergence, Hong Kong’s role as an interface between East and West has never been more crucial. Hong Kong’s strengths lie in its ability to connect the mainland to regional and global markets, its expertise in supply chain management and its ability to attract international talent. The city’s future lies in building on these strengths and adapting them to the changing world around us to create a new Hong Kong for a new future.

This is a version of an article that first appeared in the Hong Kong Economic Journal .