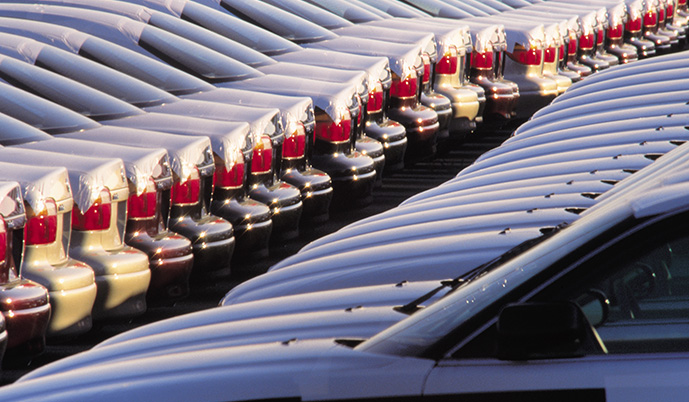 The world’s major regions are no longer growing in a synchronised way. Suddenly, the story is divergence – particularly between an accelerating US economy and countries that are slowing.

A triple shock – tightening US financial conditions, higher oil prices, and trade wars – could materially harm the global economy. The three developments are entirely or partly driven by the US economy and policy, but their impact is already being felt more severely elsewhere.

The effects of three years of rising US interest rates are finally being seen in that country. The stronger dollar could help some other developed economies, including the eurozone, and many G10 nations continue to delay interest-rate tightening.

But for many emerging economies, particularly those running current-account deficits, it exposes their vulnerability to changing global financial conditions. Expectations of stable interest rates, or even rate cuts, have turned into increases in Argentina, Turkey and some more robust economies.

Countries with external deficits, high dollar-denominated corporate debt, high foreign participation in local bond markets and high refinancing needs are inevitably most exposed to further US tightening – and we expect four more quarter-point increases from the Federal Reserve in 2018-19. By the end of next year, some USD2.9 trillion of emerging-market debt will mature, more than a quarter of it dollar-denominated.

Although many changes in global monetary conditions stem directly from developments in US monetary policy, the oil price rise over the past year has more to do with global supply cutbacks.

Oil has risen by about USD10 a barrel since Washington reimposed sanctions on Iran. A USD70-USD75 oil price range could nudge up growth in some oil-producing nations but harm it in many oil-consuming countries.

It may temporarily bring the eurozone closer to its inflation target while dampening real-wage growth, but for oil-importing emerging economies facing currency depreciations, the impact will be broader. India has already cited the inflationary effect when raising rates.

Trade wars could inflict most damage on the global economy.

US import tariffs on industrial goods have provoked retaliatory measures by US allies, particularly Europe, and there is now a growing risk of US tariffs on car imports. That would damage Europe more than any other US action already delivered, though Mexico and Canada would be affected much more.

The overall impact of trade wars on the global economy depends on how many tariffs come to fruition. But ‘protectionist contagion’ is also a risk, with both Canada and the EU considering tariffs on third countries. Even the tariffs already in the pipeline threaten to weaken an already slowing trade cycle but broader and more immediate impacts could come via weaker asset prices, sentiment and, particularly, weaker investment spending.

For now, the effects of these shocks balance out, so our global growth forecast remains 3 per cent for 2018. But while raising our US forecast to 2.8 per cent we’ve trimmed predictions for China, Japan and the eurozone. Our 2019 global forecast is cut from 2.9 per cent to 2.8 per cent, with reductions in both developing and emerging markets, while the US remains at 2.4 per cent.

In conclusion, while our 2018 global growth forecast still looks firm by post-crisis standards, the risks are growing and these shocks will likely weigh on the global economy in the years that follow.

This research was first published on 28 June 2018.
Disclaimer