Climate is Asia’s next crisis 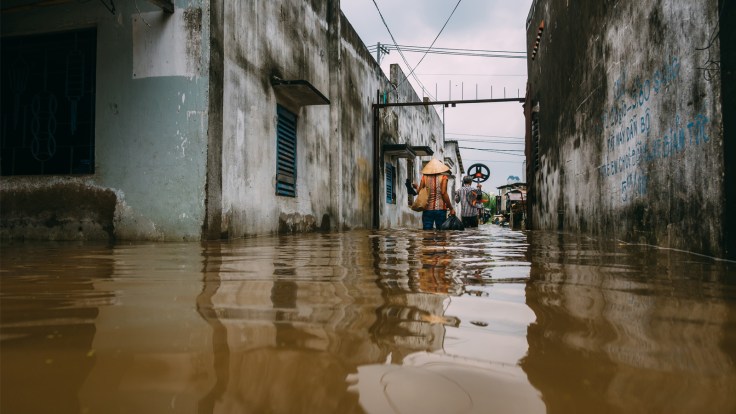 For Asia, the defining crisis of the century will be climate change, not the coronavirus pandemic. Cities are threatened by rising sea levels while erratic weather jeopardises food security.

But the region is not just a victim of climate change: it has accounted for 87 per cent of the increase in global greenhouse gases since 1990 and 78 per cent of CO emissions growth.

Some of the region’s economies hit hardest by climate change – including India, Indonesia and the Philippines – already face enormous challenges in reducing poverty and improving access to healthcare, education, safe food and drinking water. Ignoring the human impact of climate change will delay reducing inequality and achieving sustainable long-term growth.

Rising sea levels are already imperilling Asian cities, potentially reducing GDP by 0.2-0.9 per cent annually in China, India, and Indonesia over the coming decades. Sea levels rose a total of 6.5cm between 1993 and 2014 as polar ice melted and because warm water expands, and could rise 65cm by 2100, according to NASA. Asia has 15 of the 20 cities that are most vulnerable to sea-level rises worldwide.

Jakarta has sunk 4m in 30 years and Indonesia’s government is spending USD33 billion over a decade to build a new capital city, among other mitigating measures. In the Philippines, Manila is sinking by 10cm a year. Almost 45 per cent of Ho Chi Minh City is less than 1m above sea level: building dykes and sea walls could cost up to 52 per cent of Vietnam’s 2050 GDP.

Some 37 million people in East Asia and Southeast Asia – 2 per cent of the population – would be affected by a 1m rise in sea levels, according to the World Bank. A 5m rise would affect 162 million people, with GDP falling 9 per cent.

Climate change has also increased the frequency and severity of extreme weather such as floods, typhoons, droughts and monsoons. That jeopardises long-run food security in India, China and Southeast Asia and could fuel inflation.

Extreme weather exacerbates the effects of land degradation and desertification. Crop yields could fall by 7-25 per cent over the next 30-50 years but climate change also affects fishing and livestock farming. Each 1°C temperature increase reduces mainland China’s crop yield’s by 10 per cent as growing periods shorten. Changing monsoon patterns could lower India’s GDP per head by 2.8 per cent by 2050.

However, Asia is part of the climate problem. China alone accounted for 60 per cent of the increase in global greenhouse gases since 1990.

Deforestation has been a major emissions contributor in Southeast Asia as urbanisation increases and land is switched to crops, especially popular products such as palm oil.

But energy production accounts for three-quarters of global greenhouse-gas emissions and coal generates 61 per cent of Asia’s electricity. Coal usage is growing despite low-cost renewable options and 75 per cent of new generating capacity in ASEAN nations will be coal-based, according to previous plans.

Addressing emissions-heavy energy production is crucial for the world to come even close to the Paris Agreement’s goal of restricting the rise in global temperatures to 1.5°C.

All Asia’s economies have pledged some form of emissions reduction but not all are meeting their goals. While emission growth has moderated since that climate agreement was signed in 2015, key exceptions are three of Asia’s fastest growing economies – Vietnam, Bangladesh and India.