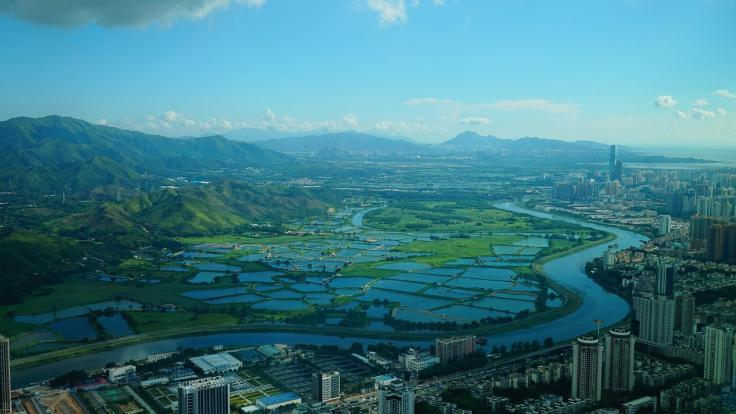 China is forging ahead with a regional integration plan to create a globally competitive, world-class metropolis in the south of the country, known as the Guangdong-Hong Kong-Macau Greater Bay Area.

This vision is not unrealistic. The Greater Bay Area has a combined population of 68 million and a combined GDP of USD1.4 trillion. By 2030, the region’s GDP is expected to reach USD4.6 trillion, surpassing the Tokyo, New York and San Francisco bay areas.

The area has diversified industries with distinct competitive advantages and complementary strengths.

Shenzhen has a large manufacturing sector and has become a hothouse of innovation for China, for example. The city is home to valuable and inventive Chinese multinationals. Foreign tech giants are also building research and development centres there.

Hong Kong will continue to play its role as a financial centre and serve as a launch pad for Chinese companies going global. Meanwhile, Guangzhou leads the way as an advanced manufacturing and modern services centre. And Macau, together with its neighbour, Hengqin in Zhuhai, aspire to form an international leisure capital.

Combining the strengths of these core cities, together with rest of the Pearl River Delta cities’ vast resources, spaces and cheaper labour, the Greater Bay Area has the potential to become an important global city cluster for innovation, finance, shipping and trade.

It is likely to play a key role in supporting the development of China’s Belt and Road Initiative. It will serve as a link connecting countries along the Silk Road Economic Belt (Central Asia to Europe) and the Maritime Silk Road (South Asia, Oceania to Africa and the Middle East).

As China transitions from a labour-intensive, manufacturing-based economy into a services and innovation-oriented society driven by a growing middle class, the Greater Bay Area will lead the country towards a new growth model. Apart from the obvious advantages in many areas of manufacturing, innovation and logistics, it has the potential to prosper in financial technology, renewable energy, biopharma, healthcare, medical equipment, tourism and wealth management.

To achieve this vision, however, having the proper financial, logistical, manufacturing and technological infrastructure in place is vital. This is why investments such as the Guangzhou-Shenzhen-Hong Kong express rail link, and the Hong Kong-Zhuhai-Macau Bridge – both set to cut travel times and support growth – are so important. Relevant cross-region policies and regulations also need to be enacted in order to ensure people, goods and capital are able to flow freely within the region.

The sun is just rising on the Greater Bay Area. The world should pay close attention.

A version of this article first appeared in the South China Morning Post on 11 December 2017.