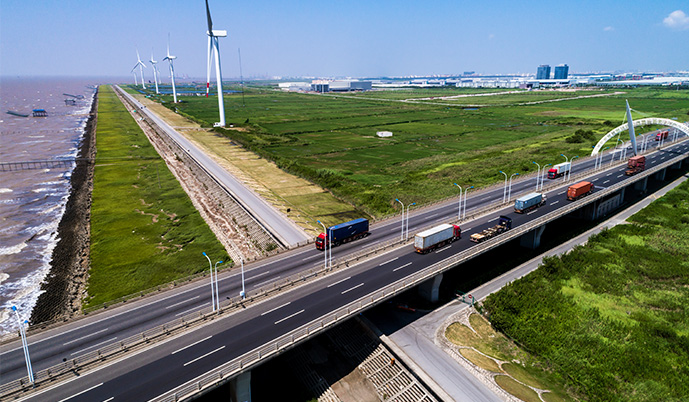 China’s Belt and Road Initiative – the trade network that will encompass almost two-thirds of the world’s population and 29 per cent of global GDP – is being billed by President Xi Jinping as ‘the project of the century’. But this ambitious plan must also be economically sustainable and environmentally friendly.

The initiative aims to increase infrastructure investment and promote cross-border trade on land – the ‘belt’ that connects China, Central Asia, Russia and Europe; and by sea – the ‘road’ that links China to South-East Asia, India and Africa. It effectively creates a New Silk Road.

Infrastructure provides the lifeblood of an economy. China has been building its domestic infrastructure for many years, but its vast foreign-exchange reserves – about USD3 trillion – give it a ‘back-up’ supply of capital for financing global infrastructure. And as its international influence grows, this is an opportunity to showcase green leadership abroad, influencing the trajectory of global emissions.

China is the world’s largest emitter of greenhouse gases, but it has embraced a ‘green’ agenda domestically. It acknowledges its important role in limiting global average temperature rises to within 2 degrees Celsius through the Paris Agreement. The country now emits 73 per cent less carbon dioxide per unit of real GDP than it did 35 years ago, though it still accounts for around a quarter of total global greenhouse gases.

Domestic environmental targets have been incorporated in China’s economic planning since 2006. We think the medium-term targets – including emissions, energy-intensity goals and pollution reduction – are achievable. Success at home can be replicated abroad.

Many international financiers still do not take into account climate considerations when providing capital. However, this is changing.

Infrastructure should be designed and constructed to cope not only with historic patterns of usage, but also unforeseeable future wear and tear. The severity of many recent extreme events such as floods, storms and wildfires was magnified by climate change. Infrastructure should thus be embedded with a higher level of climate-resilience, even if higher risk-tolerance raises costs. Preparation by resilience is more cost-effective than rebuilding after a disaster.

Infrastructure usually lasts many decades and emissions profiles are likely to remain fixed throughout their lifespan. It is thus important to adopt newer technologies, embed more efficiencies and embrace more sustainability.

We believe green financing has an important role to play in realising a lower-carbon future. Chinese banks are beginning to issue Belt and Road-focused green bonds – instruments whose proceeds finance environmentally-friendly projects. But better labelling of green finance would raise awareness among other investors, encouraging them to consider the environmental sustainability of their own investments.

China’s green-bond market is among the largest in the world: the USD30 billion issued last year comprised more than one-fifth of the global green-bond total and compares with just USD1 billion in 2015. Other green financing tools could include loans, securities, insurance, banking and funds that favour environmentally-friendly ventures.

Transparency and disclosure are important to ensure environmental integrity is upheld, but if ‘the project of the century’ is to be climate-resilient and sustainable, it should also be ‘green-financed’.

This research was first published on 10 January 2018.
Disclaimer