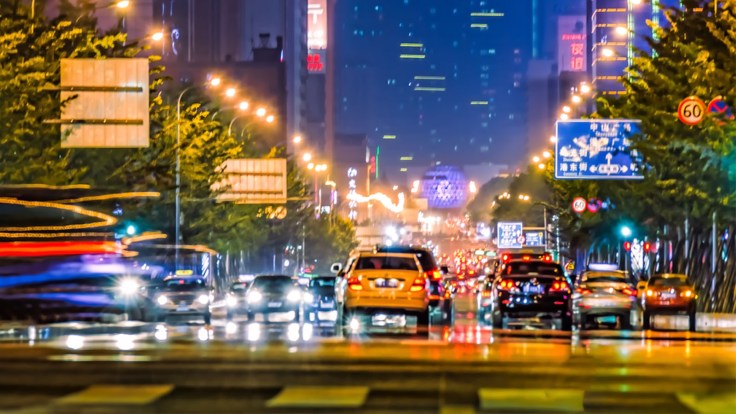 It can sometimes feel as though the fabric that holds the international economy together is starting to fail, torn apart by the combined forces of COVID-19 and geopolitics. But the arguments in favour of continuing to both collaborate and compete on a global scale are still overwhelming.

We can only make these visions a reality if we stay connected, but that is getting harder as social isolation seems to be mirrored by national isolationism, and geopolitics unstitches the fabric of global connectivity.

Looking at this problem from Shanghai, it is clear that while there are no easy answers to these challenges, some suggestions as to how we might move forward are emerging.

The central government in Beijing has once again reconfirmed its intention to continue to open up the economy to foreign investment, cutting the number of industries that are off-limits, further opening up fields like asset management and life insurance among others to global competitors.

Some analysts have concluded that the new policy of ‘dual circulation’ represents China turning inwards, but that is a misreading of the plan. China is still committed to global trade – ‘international circulation’ – which will keep the country open for imports and exports. But it is placing extra emphasis on making more for domestic consumption, or ‘internal circulation.’

Boosting domestic demand makes sense as China tries to recharge its COVID-damaged economy while international demand is still depressed. Dual circulation is not a signal that Beijing wants to decouple from the global economy.

And China needs to stay open to the world if it is to fulfil its potential. It may be the world’s biggest exporter, but it still lags in some significant areas. As one example, productivity is only about 20 per cent of the OECD average.

China remains determined to create a more open economy and involve more foreign participants in its ongoing industrial migration up the value chain.

China wants to learn from the West, but it is no longer a one-way street. For example, China is hungry to catch up with Germany’s world-beating performance in high-value added industries such as machine tools, automotive and speciality chemicals, but German companies are learning from China when it comes to industrial internet, e-commerce and artificial intelligence.

Today, it is no longer clear who is learning from whom. Volkswagen has invested EUR2 billion into China’s electric vehicle market, buying into existing joint ventures and taking new stakes in vehicle battery manufacturers.

This back-and-forth in skills, knowledge and technology inevitably leads to competition, and this is good for everyone involved.

Competition is a positive force pushing the barriers to create new space for growth. Isolation is stagnation. By competing, we inspire each other to be better, to keep evolving, to continually improve. In the process we create new businesses and in some cases, entirely new industries.

But even if we become better, more evolved and continue to improve, the gains will be limited unless we can learn to cooperate better across borders. This unsettled time of change is a historic opportunity to build a new kind of global economy, driven by innovations which combine prosperity and sustainability.

The connections we make as businesses – the habits of cooperation – create a model that has an importance that goes beyond euros or yuan. The environmental, health and geopolitical challenges we face can only be solved by global consensus, and every channel we keep open as business people makes that easier.

We believe that an internationally connected world – where goods, services, capital, people and ideas can flow freely across borders – creates greater prosperity, security and stability for more people, and will help steer the world and everyone in it to recover from its current health and economic crises.

The alternative, turning inwards and putting up barriers, will only make the planet a poorer and more dangerous place.

This article is based on a keynote speech given at the Asia Business Insights Conference, Dusseldorf, 8 September 2020.