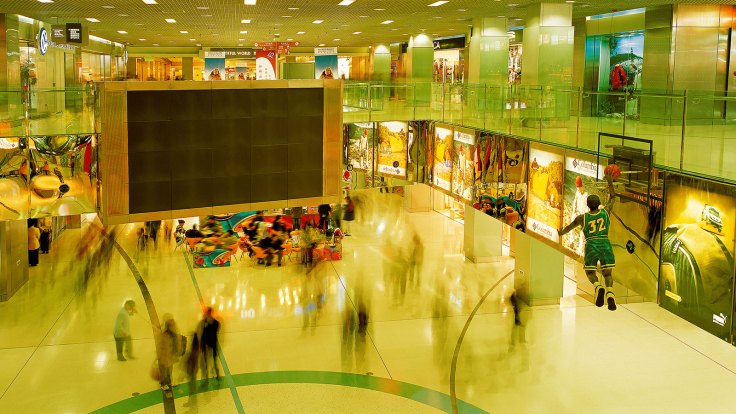 Consumer tastes change quickly in China. Seven years ago, the country imported only about 30 tonnes of avocados. Fast forward to 2017 and China bought 32,200 tonnes of the fruit from Chile, Mexico and Peru – enough for 200 million servings of avocado on toast.

Much has been said about China’s new rich. What is less widely recognised is that consumption is becoming more sophisticated and inclusive as wealth spreads from urban centres to rural heartlands, bolstered by better-educated new generations who are web-savvy and worldly-wise.

China is set to import USD8 trillion worth of goods in the five years from 2018 to 2022, according to official estimates. That is an average of USD1.6 trillion a year – about the equivalent of Canada’s GDP last year.

HSBC’s annual Navigator report predicts the value of China’s goods imports will grow at about 8 per cent a year on average between 2017 and 2030, reflecting both demand for intermediate goods for processing and final goods to satisfy China’s increasingly wealthy population.

This development comes as China bids farewell to growth based on exports and state-led investments, and is increasingly encouraging its 1.4 billion people to consume. The old model of “Made in China” goods heading to markets around the world is gradually shifting to one where China is itself becoming a destination for products made elsewhere.

Symptomatic of this rebalancing is the upcoming China International Import Expo in Shanghai. In the past, China-based trade fairs were all about what Chinese companies could sell to the world. This event, by contrast, is about foreign companies selling into China. For six days in November, several hundred thousand square metres of floor space will be dedicated to international sellers, showcasing products from food and medicines to consumer electronics and cars.

They are drawn by a buying power that has exploded in the 40 years since Beijing enacted economic reforms and opened up the country to foreign investors. In 2017, per capita disposable income for urban households was 36,396 yuan (USD5,600) – over a hundred times more than in 1978. Rural household incomes, too, have soared.

These richer Chinese consumers are also increasingly health-conscious, care about the environment, and are more discerning about brands and the quality of what they buy. Chinese drivers are now forecast to account for about half of the world’s electric vehicle sales by 2025, for example.

Meanwhile, the e-commerce phenomenon has helped make consumption more broad-based. E-commerce operators are helping bring global goods from wealthy coastal regions to smaller cities and towns inland, through the use of village-based goods depots and delivery by tricycles – and even flying drones.

Selling into a complex market like China is not without challenges, however. As the economy matures, incomes are not rising as fast as they once did. And today’s trade tensions naturally affect business and consumer confidence. What’s more, foreign companies need to be able to react to constantly shifting tastes and rapid developments in e-commerce and digital payment tools, and should brace for intensifying competition from local companies.

But none of this should obscure the enormous long-term potential that 1.4 billion shoppers represent. This is why exporters from around the world will be in Shanghai in November – and why many companies with international ambitions are focusing attention on China.